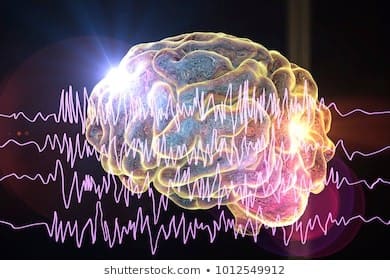 What are some of the causes of epilepsy?

About 65 percent of new epilepsy cases have no obvious cause. Of the rest, the more common reasons include stroke, congenital abnormalities (those we are born with), brain tumors, trauma, and infection (TB and NCC). It is important to determine the cause to treat it with complete success.

How is epilepsy diagnosed?

The evaluation of patients with epilepsy is aimed at learning the type of seizures (epileptic or non-epileptic) and their cause, since various seizure types respond best to certain treatments. The diagnosis is based on:

1. The patient’s medical history, including any family history of seizures, associated medical conditions, and current medicines the patient is taking. Your doctor will ask you some important questions, including the following:
• At what age did the seizures begin?
• What circumstances surrounded your first seizure?
• What factors seem to bring on the seizures?
• What do you feel before, during, and after the seizures?
• How long do the seizures last?
• Have you been treated for epilepsy before?
• What medicines were prescribed and in what dosages?
• Was the treatment effective?

2. Others who have often seen you before, during, and after seizures, such as family and close friends, should be with you at the appointment to give details of your seizures if they involve loss of consciousness (if you passed out).

The most important part of the evaluation is the electroencephalogram (EEG) because it is the only test that directly detects electrical activity in the brain (seizures are defined by abnormal electrical activity in the brain). During an EEG, electrodes (small metal disks) are attached by glue to specific locations on your head. The electrodes are also attached to a monitor to record the brain’s electrical activity. The EEG is useful to confirm a diagnosis of epilepsy and to determine the type of epilepsy.
Prolonged EEG-video monitoring is an even better diagnostic method. During this type of monitoring, EEG monitors (checks) the brain’s activity and cameras videotape body movements and behavior during a seizure. In order to perform prolonged monitoring, the patient may have to spend several days in a special hospital facility. Prolonged EEG-video monitoring is sometimes required to definitively diagnose epilepsy and to choose the best treatment option.

A neurologist, a doctor who specializes in diseases of the brain and nervous system, best decides the diagnosis of epilepsy. He also finds out the cause of epilepsy and chooses the best medication for individual patients out of more than 25 anti-epileptic medications available.

How is epilepsy treated?

Most epileptic seizures are controlled with drug therapy, especially anticonvulsant drugs. The type of treatment will depend on several factors, including:
• The type of epilepsy (focal/partial or generalized)
• How often the patient has a seizure
• How severe the seizures are, and
• The person’s age, overall health, and medical history

The correct diagnosis of the type of epilepsy (not just the type of seizure, since most seizure types occur in different types of epilepsy) is very important to help choose the best treatment.
Although the types of epilepsy are widely different, in general, medicines can control seizures in about 70 percent of epilepsy patients.
It might take a few months before the best drug and dosage are determined for you. It is very important to follow-up with your doctor for monitoring of side effects and efficacy of the drug.

What are the side effects of epilepsy medicine?

As is true of all drugs, epilepsy drugs may have side effects, which depend on the dose, type of medicine, and length of treatment. The side effects get worse with higher doses of medicine but tend to be less severe over time as the body adjusts to the medicine. Anti-epileptic drugs are usually started at lower doses and increased gradually to make this adjustment easier.

When is surgery for epilepsy considered?

Generally, patients who have seizures that start in a focal area of the brain, and that have not been controlled with medicine, are considered for surgery.

What precautions should pregnant women who have epilepsy take?

Women who have seizures can have healthy children, as long as they receive good prenatal care. It is very important that women who have epilepsy discuss pregnancy with their doctors BEFORE getting pregnant. All women of child-bearing age who have epilepsy should take folic acid every day because some epilepsy medicines drain the body of important vitamins.
If a woman becomes pregnant unexpectedly, she should NOT stop taking her seizure medicine without first talking to her doctor. Suddenly stopping seizure medicine commonly leads to more frequent seizures, which can also harm the baby.
Women who take seizure medicines can breastfeed their infants. Some medicines can cause babies to become very sleepy and irritable after feedings. If these effects occur, stop breastfeeding until you talk to your doctor. 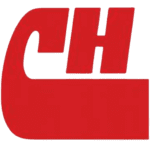 About Us
Committee
Our Campus
Facilities In IPD